With the Christmas season approaching fast I thought about what to give the Architect (or aspiring Architect) on your list. Not just any gift will do though – as with most gives it should be somewhat thought out and demonstrate some practicality, beauty or better yet, a combination of both. Whatever you decide it doesn’t have to be expensive – as they say, sometimes the best things come in small packages. But seriously after some thought, I realized some of my best gifts when I was growing up probably influenced my choice of occupation. Things like of course LEGO blocks which were ubiquitous in my house. (And I’m sure my mother can attest after stepping on blocks one too many times) And Meccano, although I didn’t appreciate this as much as my LEGO set until I got a bit more dexterity to put the pieces together. But my ultimate gift memory came when I was 9 or 10 and I got a battery powered crane [Kind of like this one] (just like the ones on job sites, or so I thought). It came with a remote so you could lower the hook and grab virtually anything and move it around the construction site. I must have played with it for years. I know for sure that I ran through several sets of batteries over the Christmas vacation alone! After some searching I came up with a few gift ideas that could satisfy someone young or old. 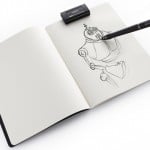 The Wacom Inkling This is really cool – as you sketch in your favorite notebook with the Inkling pen, your idea is instantly being digitally recorded. You use a Â digital sketch pen is designed especially for creative brainstorming. The receiver is able to store hundreds of sketches before uploading them to your computer. 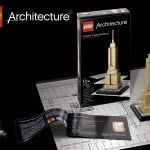 I had to include some Lego as well and this set is pretty nice. It’s the LEGO Empire State building (wish I had this when I was little). Just enough pieces to be interesting but not too many to be out of control. 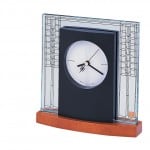 Frank Lloyd Wright probably deserves his own category for gifts. He should really have his own day rather than share Christmas with Santa! If you are tired of staring at the cold blue light of your microwave clock, see if this Bulova Frank Lloyd Wright inspired desk clock does the trick 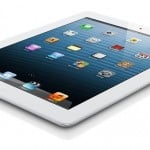 I’ve saved the best for last. More and more I am finding the need to bring something to client meetings that I can show real images or plans. What’s great about the Apple iPad is that you can just turn it over to a client and pretty much no matter what their skill level they can flip through images or zoom into the plans. I even put on one of the keyboard/cases so I can take meeting notes. And besides that, when the meeting’s over, its just a fun thing to use!  So there’s a brief list for this year. Do you have any favourite gifts from when you were a child?