Our clients were an older couple with two grown children who moved into this house about 18 months before they contacted us. The home originally dated from the early to mid 20th century and was extensively renovated almost 25 years before they moved in. But one thing became clear the more they lived in the house – they did not like the exterior facade.

It was a very unique look and while it might have been appropriate for 25 years ago, but the clients wanted to update the look to something more modern and fitting with the way they wanted to live. They really loved the neighbourhood with its easy access to shops and great restaurants on the main street a 1 minute walk away, but when several elements of the exterior needed urgent repair, instead of sinking money into putting back the parts of the exterior they didn’t like they called us to help figure out what was possible.

We though about leaving a few elements in place as “found objects” and bringing in a new palette of materials to try to synthesize the look so it fit in more on the street. using pre-finished cement board siding, cedar and some new windows we were able to pull together something that not only looked more appealing and modern but given the durability of the elements should last for many years to come.

The clients were thrilled with the outcome and now they say that at least once a week people stop them and compliment them on the improvement over the old house. In fact some have even asked if they have built an entirely new house, but they only smile and say they have just invested in the long-term enjoyment of their home. Only they know it was a fraction of the cost of a new home. 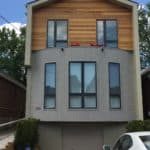 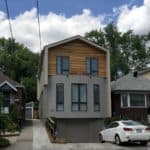 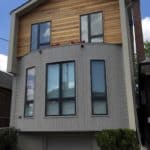 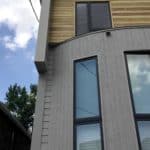 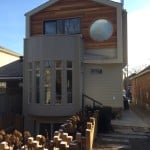 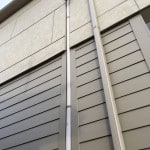 Cement board panels and siding 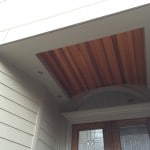 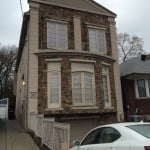 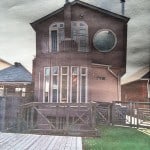