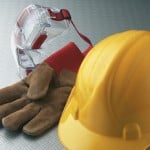 Sometimes a renovation is something you consider at the back of your mind, something to be done in the future when there is more time and money. When Jeff Fredricks and his wife purchased their home in the Bloor West neighborhood of Toronto they knew that there was a potential to add more space sometime in the future. But when a new baby was on the way that future became now, and Jeff had to quickly come to grips with how to make a renovation happen.

Hear how he shrewdly brought in a professional to help put all the pieces together. In this interview Jeff shares his thoughts a few years after the renovation on the outcome, and if there would be anything he would change about the process.

This is Jeffrey Veffer of Incite Design and today I have with me Jeff Fredricks, a Business Communications Consultant who’s going to let us in on some of the things which his thought process led him to when he was considering a renovation. Welcome Jeff.

Jeff Fredricks: Thanks Jeff thanks for having me.

Jeffrey Veffer: Oh my pleasure. Jeff when you were first considering doing a renovation was there one thing which actually helped you realize that you were ready to do a renovation?

Jeff Fredricks: It was actually it was a biological thing we were in fact having a second kid and really needed the space, and so when we purchased our current home we always recognized that there was the opportunity to expand outward. And so in the back of our mind we thought well maybe one day we’ll do that, but when my wife got pregnant with our second kid we felt that the time was right to get that dream under way.

Jeffrey Veffer: And when you were looking at your options did you ever consider alternatives to renovating?

Jeff Fredricks: Well moving wasn’t really ever an alternative. When we moved into this neighborhood and specifically into this house it was our view that we would be here for the long term. And so we didn’t really contemplate the idea of moving out of the neighborhood, so renovation was always the top of our list in terms of options.

Jeffrey Veffer: And did you use any sources of information that helped you understand what was going to be involved, and maybe some online sources that would help?

Jeff Fredricks: Well at the time I was working for a bank in the retail side of the operation, so quite familiar with the sort of mortgage business and home renovation business at least from a marketer’s perspective. So I had read numerous stories about some of the dos and don’ts and some of the pitfalls, and some of the universal truisms, if you will, about renovating. The idea that it will always cost more than you anticipated and take longer than you ever thought it would. And so we kind of braced ourselves for that knowing that that would likely be the scenario.

Jeffrey Veffer: And you said that it was a life stage decision which led you to think about doing a renovation. What were your priorities going into the renovation?

Jeff Fredricks: Well the priorities were first and foremost maximizing our space, and so the house the sort of original footprint of the house was fairly small, modest size, but it wasn’t really designed for a lot of sort of gathering space. We really wanted to create some family gathering space, we wanted to bring in a lot of natural light the house was a bit on the dark side, and so we really wanted to get some space that would bring in a lot of actual light. And so those were sort of our top priorities it had to be just very functional space given that we didn’t have a lot of room for placing odds and ends, so we really wanted to have you know the built-ins and that sort of stuff.

Jeffrey Veffer: And did you find that your work with a design professional helped you in terms of prioritizing your needs?

Jeff Fredericks: Yeah, it’s funny because when I look back it’s my belief that without the design individual that we worked with we’d probably be divorced, I mean I say that jokingly of course. But the fact is, is that this particular individual we both put a lot of faith in her judgment and it allowed us to kind of defer to her as opposed to duke it out on certain decisions, and that made a world of difference. Working with her as sort of our guide through the process and to help capture the vision was key.

Jeffrey Veffer: And did she help you in terms of negotiating or locating a contractor, and what was important in a contractor that’s going to be working on your renovation.

Jeff Fredericks: Well she gave us some ideas some names to try out, but you know through my own network I also placed a bunch of a number of calls and inquiries and probably had maybe I want to say six or seven contractors come through before we made the final decision. So she helped get us started but we made the decision sort of independent from her, and so the second part of your question was what was involved?

Jeffrey Veffer: What was important to look for in a contractor?

And I think it also came down to like anything else; fit, personality type. I mean sometimes you really, through seven different interviews you’re able to gauge who do you think you’re going to be able to work with the most from a personality perspective. Really kind of critical in our mind because a renovation is very invasive and you really want to make sure you’re going to work well with the individual.

Jeffrey Veffer: Perfect and what was the approximate scope of your renovation? Having seen it I know for myself but maybe you could just explain what it was and what it involved.

Jeff Fredricks: Yeah so the scope was that you know we put a main floor addition on our own, and also dug out a room underneath that addition in the basement. So it’s single story addition, it’s not . . . probably 17×13 feet in total. And it’s funny because initially we were just interested in doing the addition. What sort of creeped into the project was the kitchen. It became an add-on simply because we were already doing this work and we really wanted everything to blend in, so it became a kitchen/addition renovation in the end.

Jeffrey Veffer: Great and overall are you happy with the outcome?

Jeff Fredricks: Absolutely. Our house is completely different than it was before in terms of how we use the space. We’re in this space 90% of the time I’d say, and as a family, and so it’s become a critical part of our enjoyment in our home for sure.

Jeffrey Veffer: Fantastic. Now final question what was your biggest frustration about the whole process?

Jeff Fredricks: Well, I mean look first I’ll say that overall compared to some of the stories I’ve heard our renovation was a big success. So the positive response to that question is overall we’re quite happy with how everything turned out including the respect the contractor had in terms of meeting our deadline. I mean my wife was pregnant she ended up delivering I think a week or two after everything was complete, so they were very mindful of respecting that deadline as well as understanding that we you know we needed to stick within our budget.

Jeffrey Veffer: Got you. Yeah, that’s always something where you’ve got some unforeseen costs that come up in those type of things which maybe because you are in the renovation mindset at that point you think we might as well get this done versus going back, and doing it again, and having to deal with all the disruption and clutter.

Jeff Fredricks: Yeah and you know what I think you kind of lose perspective a bit on cost. I mean it’s easy to utter the words while we’re at it, but I think they’re one of the more famous phrases that people utter during a renovation, which of course is always scary for the pocketbook. But I think the other thing is that knowing that we were doing this for ourselves, and that our plan is to be in this house long term, we made choices that were going to reflect that vision of being here for a while. So yeah we leaned more heavily on higher quality on everything really in order to maximize our future enjoyment.

Jeffrey Veffer: Great.  Well, Jeff, I’d like to thank you very much for sharing your experiences. It’s been incredibly helpful, and having seen your renovation I know that you’ve got a great amount of value for what you’ve done and  I think it has definitely increased the value of your house.

Jeff Fredricks: A pleasure, a pleasure being on your show.