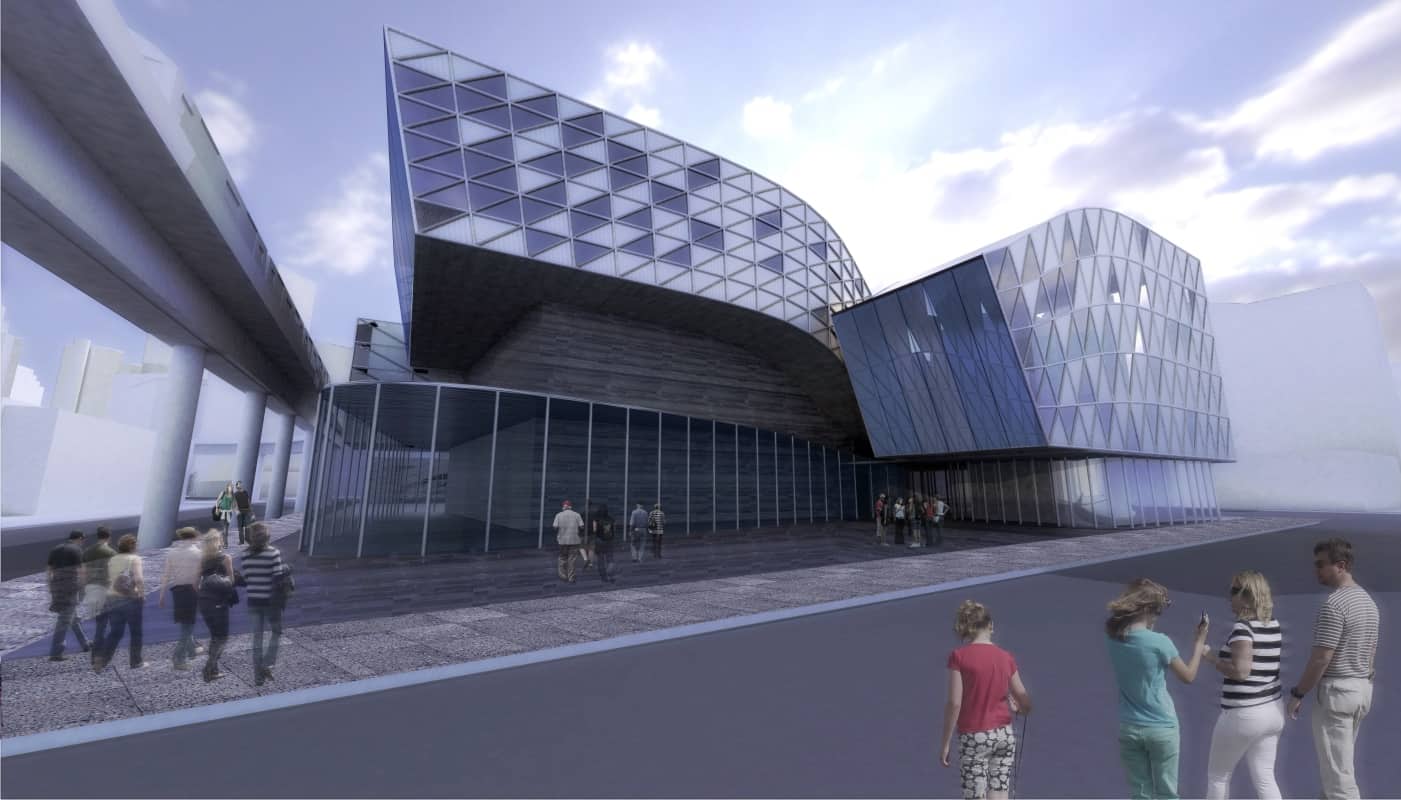 Detroit is a unique city in so many ways. It has a rich heritage but has perhaps more important is its potential for embracing new ways of inhabiting spaces.

As part of a competition we were asked to create a compelling vision for a new urban development on the 92,421 square foot site of the former Hudson’s Department Store. We wanted to consider the historic significance of the site as well as its potential for the future as a catalyst for growth.

We did this in two ways: to look back we proposed including a digital repository (based on storeyy.com – a site for citizens to share memories about places that mean something to them).

This repository would allow a collective memory about the site that would be ever-changing and would capture the thoughts about the former use of the site as a department store.

The architectural proposal looked forward as a multi-use collection of different program elements that brought vitality and intense experimentation to the site. Our goal was to bring the vibrancy and possibility back to the city in the form of a structure that unites ingenuity and thoughtfulness.

We wanted to intensify the site with interesting interactions and uses that could provide a spark, suggesting new ways of using the space. This intensification also brings new life to Woodward Avenue by reinforcing that corridor and allowing a contrast that will generate a creative tension that will be exciting and productive.