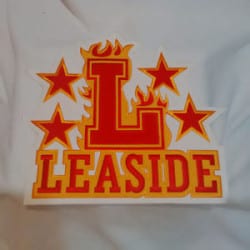 Patrick Rocca a broker with Bosley Real Estate in Toronto talks about some interesting conditions he has seen in the fall 2015 market that could have implications for both buyers and sellers looking to get into the real estate market.

Jeffrey: I have with me Patrick Rocca, who’s a broker in Toronto. Patrick’s with Bosley Real Estate, and they’re a boutique brokerage in the midtown area. Patrick specializes in Leaside and Davisville, where he is the top agent in the area. Patrick, great to have you here, and would there be anything else you’d like to add?

Patrick: No, that’s fine. Thanks for the introduction, Jeffrey, and nice to be able to talk to you.

Jeffrey: Perfect. Now, when we were talking offline, you were saying that there were some unique conditions developing in the fall market in the Toronto area. Just wondering if you could let our listeners know a little bit more about that?

Patrick: Yeah. No, I think the last time we talked, in the spring market, things were very, very strong. And we were followed with the summer market that was very slow, slower than normal, actually, believe it or not. It was like the Pan Am Games came, and everybody left town and didn’t come back. And it was a very, very, very quiet summer.

The fall market, as is the norm, picked up just after Labor Day, and we were very, very strong. Prices were up, sales were up. But interestingly enough, I noticed, just before Thanksgiving, it was crazy. I did six deals in the Leaside, Davisville area that week.

And I went away for my anniversary after Thanksgiving, thinking it was going to be a bad time because I’ll be on the phone the whole time. And it ended up that it was very, very quiet that week after Thanksgiving. Interestingly enough, that was the week before the election. Subsequently, the week after the election, it was very quiet as well. And it has picked up a bit in the past few weeks since the election, in terms of the phone calls and the valuations. I’m doing a lot of valuations, and I’m listing properties. But we’re not seeing, in my opinion, from what I’m tracking, and I do track trends, and calls, and website hits, and open houses, etc, we’re not seeing the price fluctuations upwards that we were seeing four or six weeks ago.

And I can give you several examples. One perfect one just happened last evening. I have a house in Davisville that I listed for $979,000 and we got one offer last night and it was under asking. Six weeks ago, I sold that same house for $150,000 over asking.

Now, the Toronto Real Estate Board’s statistics all show that October was a great month, and things are selling. There’s no doubt things are selling, but it’s different. It’s almost like fall’s market has ended a little sooner than we normally see. Our prices change a bit towards mid to end November, we started seeing it towards the end of October. So I’m not quite sure what the explanation is for that, other than the election and maybe some Blue Jay fever. Because a lot of people were preoccupied with the Jays in October. So interesting, interesting things.

Jeffrey: And I think maybe some people are taking a bit of a wait-and-see attitude. In the States it looks like the Fed’s going to raise interest rates, which usually would prompt a little bit of a spurt in action, as people try to get in in the market and lock in their financial arrangements quickly. But like you said, it could be a bit of wait-and-see attitude with the election and what’s going to happen in the market here.

Patrick: Yeah, I agree. And the other term that’s been thrown around is “buyer fatigue.” Around the end of the year, buyers just get tired of the whole multiple offers, and the competition, and no product, and losing out in the multiple offer situations. And they say, “To heck with it. We’re going until the spring market.” Which, as we know, the spring market starts from mid January. So I don’t think we are in any means in a correction of any sort. I just think it’s a combination of, like you said, a wait-and-see, buyer fatigue. I’ve been doing this for 24 years and, touch wood, I’ve never had a bad spring. I’ve had a few wonky falls and this, I think, falls under the wonky fall category.

Jeffrey: Yeah, and I think, like you said, in terms of the different seasons, I think the fall’s the one with the most variability. In general, in the spring, there’s a lot of pent-up demand after the winter, and I think people really want to see what the market’s like and try to get in before the summer. Where the fall, like you said, election, a couple of strange things happening this year. People have been a bit preoccupied, and maybe they’re just saying, “I’m going to wait until the new year and see what it brings.”

Jeffrey: So what do you think the spring market is going to look like this year? Do you think we’re going to see some significant price appreciation in the GTA?

Patrick: I don’t know if significant’s the word. We have seen significant price increases over the last two years, and I’m not quite sure how sustainable that is. We’re talking 10% plus per year in the last two years, 10% to 12% last year, at least 8% to 10% this year. I don’t know if that’s sustainable, but I definitely see a traditional, busy spring market with, again, not a lot of supply and a lot a demand and price increases, for sure.

Jeffrey: Yeah, definitely. And I’ve been noticing, just in the general area, that there’s not a lot of product on the market. Maybe this is, again, a situation in the fall, that they’re just holding back and they’re waiting until the spring to see what happens. But you do notice every once in a while, something will pop up, but it’s just few and far between, in terms of the inventory.

Patrick: Yeah, there’s nothing. If I’d looked at my house last night in Davisville, I think it’s one of three detached, right now, in the neighborhood. It’s crazy, there’s nothing. And I was representing the sellers, of course, and I was talking to the buyers and their agent. And I was saying, “You don’t realize what an opportunity you have this evening. You can get this house for asking or just a little under, whereas six weeks ago, you would’ve paid $100,000 plus over.” But they didn’t get it, right? We never did do the deal, but I will sell that house. It’s just it’s a very unique time. I think, for buyers, there could be some opportunities, right now.

Jeffrey: Are you noticing that buyers are getting more creative in the product they’re looking at? So they’re thinking about things like looking at a renovation or looking at, potentially, an income suite in the units to make sure their ability to afford the product long-term is going to be taken care of.

Patrick: I have seen the income suite brought up a few times. In terms of the renovation side, I had read an article the other day, interestingly enough, that says that a lot of people are choosing to renovate, as opposed to sell, now. I’ve seen the renovations happening around the community, but in terms of my client base, I haven’t really seen that. But there’s, for sure, renovations and what-not going on.

Jeffrey: Yeah. The final question for buyers is around affordability. Like you mentioned, we’ve seen some significant price increases year-over-year in the last two years. And what I’ve been hearing from clients and other people is that they’re looking around at the market and they’re saying, “Geez, how can I actually afford a house in the neighborhood that I want to live in?”

Patrick: Yeah, no, for sure, for sure. And income properties are a very, very hot commodity. I just had one in Davisville three weeks ago that just went crazy. And yeah, homes with kitchens in the basement and income potential are definitely very, very popular for buyers because they have that opportunity to get some income.

Jeffrey: Yeah. And again, I think that we’ll wait and see what happens over the winter and spring. And I guess what we’ll do is we’ll just see what the market brings, and we’ll touch base in the spring.

Patrick: Excellent, excellent. I look forward to it, and all the best.

Jeffrey: All right. Thank you, Patrick.