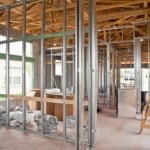 Planning to do a renovation on a fixer-upper is a very savvy way to get the house you want in a neighborhood that might ordinarily be out of your price range. In this interview, you’ll hear how my neighbor, James, wanted to buy a house in a good neighborhood that was a fixer-upper, so they would get exactly their choice of fixtures and finishes, as well as being able to get something that looked like they wanted.

The other benefit of doing their own renovation was getting to see the construction quality and workmanship used on what was behind the walls. Wait until you hear about what he has to say about the amount of work and complexity in his renovation, and why in retrospect, using an architect to help them manage the entire process would have helped them actually save money and time. Let’s have a listen.

James: Â Â Â Â Â Â Â Â Â Â Â  I guess we could have bought a place that was fully renovated, but then we wouldn’t have control over the entire process, the products chosen. Plus, if you’re buying a place that’s already renovated, to a certain degree, you’re getting a cat in the bag. You don’t know what’s been done to it, the quality of the workmanship, the products used behind the walls, electrical installation, and stuff like that. Really, that wasn’t a choice for us.

James: Â Â Â Â Â Â Â Â Â Â Â  It was. It was kind of a shame to take all that stuff out. It had been, I hate to use the word neglected, but it had been neglected for about 60 years. The previous gentleman didn’t really put much money into the house. It was almost beyond livable conditions, at least for us. We wanted to start a family in a couple years. The house had no insulation, original windows, no air conditioning. That wasn’t an option of living in its current state.

James: Â Â Â Â Â Â Â Â Â Â Â  We had an interior decorator, which helped us choose the colors and maybe some of the products. That was about it. With regards to the entire process, I oversaw the whole thing. It was a mistake. I can say that now. I think we originally thought the entire renovation was going to take about five months. It ended up, I think, eight and a half, with several costs overruns.

James: Â Â Â Â Â Â Â Â Â Â Â  We used Home Stars, I believe. A lot of it was word of mouth as well. I think that was our primary source. Having said that, whoever was recommended to us by other contractors and family members, we still tried to get a quote from at least three people or three tradesmen per job. That took a long time because you have to source them, find them, make an appointment, have three estimates, choose one and make sure their time schedule works for you as well. It was a lot of work, a lot of time as well.

Jeffrey:Â Â Â Â Â Â Â Â Â Â Â  That’s given us a really good sense of the size and the scope of your renovation In terms of when you’re contemplating something that’s so large, like you say, engaging a professional to help you manage the whole process would definitely save you a lot of time, because of the size and scope of what’s going on and how many moving pieces there are. It’s a very complicated process.

Jeffrey: Â  Â  Â  Â  Â  Â  For more helpful tips on negotiating the construction jungle, visit www.incited.ca/signup, where you can sign up for our newsletter. Thanks for listening.